The 15th annual LA Sync Mission, hosted by MPA, BPI and DIT, is a trade mission to help build the bridges and relationships of UK Publishers and our international partners. This five-day mission consists of a broad-ranging and dynamic mix of panels, site visits, practical sessions, meetings and keynote speakers.

5 takeaways from the LA Sync Mission

Nearly 50 of us ventured out to California (tough life, right?) for the 2019 LA Sync Mission in June, excellently hosted by DIT, BPI and MPA at the legendary Capitol Records tower off Hollywood Boulevard.

The week was split between 3 days of panels with music supervisors and 2 days of site visits. These sandwiched a networking party at the Consul-General’s residence- an annual highlight and phenomenal opportunity to connect directly with American supervisors in a relaxed setting.

The well-organised trip gave so many incredible takeaways, I’ve highlighted 5 practical things that cropped up again and again throughout the 5 days:

The biggest takeaway from the week was that supervisors love DISCO. It’s simple to use from their end in receiving submissions and is powerful to use from a rightsholders end (including tracking specific links).

The Australian based startup handles catalogue management and pitching- including different file formats and metadata. Supervisors can also hold their catalogue within DISCO, and automatically add submissions from DISCO to their own systems. In panel after panel, this cropped up. I could see several people (myself included!) signup to DISCO and start uploading their catalogues during the sessions. It’s built by a supervisor for supervisors – no wonder they love it! 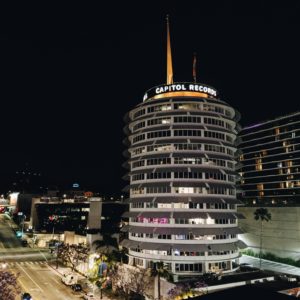 It’s all about relationship

Those that had been multiple years expounded that deals often came after the 2nd or 3rd trip- when genuine relationships had been built with the supervisors, cultivated over years and several Californian jaunts. In what could easily become a cold transactional world, authentic interaction and relationship still wins out. Finding supervisors who like the same music as you (… or what’s in your catalogue!), who you naturally get on with or you’re in a similar demographic with fuels a meaningful connection. It means they’ll naturally think of you when searching for music/people to do deals with- and if you’re a nice person they’ll be willing to come back again and again.

Approaching supervisors can seem daunting, especially when there’s nuance as to how they like to be approached, how often, with what material, etc. The overriding theme was to keep in mind how it works from their end. They get submissions A LOT. They’re looking for music constantly and need an easy way to remember what they’ve been sent before. “Make it easy for the supervisor” should be the rightsholder’s mantra- don’t write long wordy emails. Don’t attach files, just include a (DISCO preferable) link. Make it clear and obvious what you’re known for (e.g. gritty brit-pop or 80s disco) and get straight to the point. Be a nice person! Developing these relationships takes time, and supervisors will never come back to you if any part of the process was tricky for them – they simply don’t have the time.

Get your metadata right

In the same vein as above, metadata is king. Supervisors (from their own mouths directly) often automatically save music to their own database off the back of an email. Later, when looking for music they’ll search through their system with specifics in mind. Metadata needs to be on point here, not only so your music can float to the top during these searches, but also so the licensing process can be straightforward if your track gets picked. Put your email address in the ‘comments’ section of the mp3 data (the data is editable using DISCO or iTunes). State the licensing parties, how much you control, if it’s easy to clear or one-stop. The more information the better and the clearer it’s laid out the more likely the supervisor will be willing to take the next steps in licensing from you. Again, it’s all about keeping it easy for them and being a nice (and straightforward) party to do deals with.

Seems like every supervisor was looking for hip-hop. “Family-friendly” hip-hop cropped up again and again, alongside the timeless “non-romantic love” and “hope/upward/dreaming” briefs. There are always trends within the supervision world, and hip-hop briefs are the latest.

The mission was also not just a great opportunity to connect with American based media representatives, but to build connections with labels, publishers and managers from the UK. There’s a great sense of camaraderie amongst the delegates. I’ve ended up building fruitful relationships much closer to home after the mission, an added and unexpected benefit. I’d encourage anyone to apply for next year’s trip – I certain